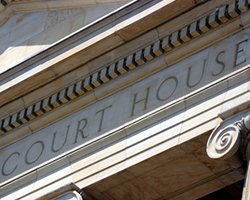 Child support is based on the income of the parties. The basic notion is that the child should receive the same proportion of parental income he or she would have received if the parents lived together. Child support is calculated based on a published schedule or formula, which takes into account the combined income of the parties and the number of children they have.

Although the calculation of child support is often simply a mathematical determination, difficulties arise where a parent is not a straight “W-2” wage earner. Such as in the case where one parent owns a business or receives undeclared cash or financial “perks.” It is also where a parent is not earning income in accordance with his or her earning abilities, or where the parties have a shared custody arrangement. In addition, the needs of the children or the contributions of the parents to the care and support of the children might make the state formula inappropriate.

During the mediation process the parties can discuss the issues of child support and come up with an amount of support they both agree is fair, reasonable and sufficient to meet their children’s financial needs. It is also possible for the parties to devise a method of paying for the financial needs of their children in a manner other than by the direct payment of child support by one parent to the other.

Understand the difference between mediation and litigation.

Fill out our online form to learn more about our legal and mediation services.